What Fish Should I Stock in Texas?!

Home NewsWhat Fish Should I Stock in Texas?!

What Fish Should I Stock in Texas?!

Why Stock Sport Fish in the Spring? The Important Role Each Species Plays in a Common Fishery. 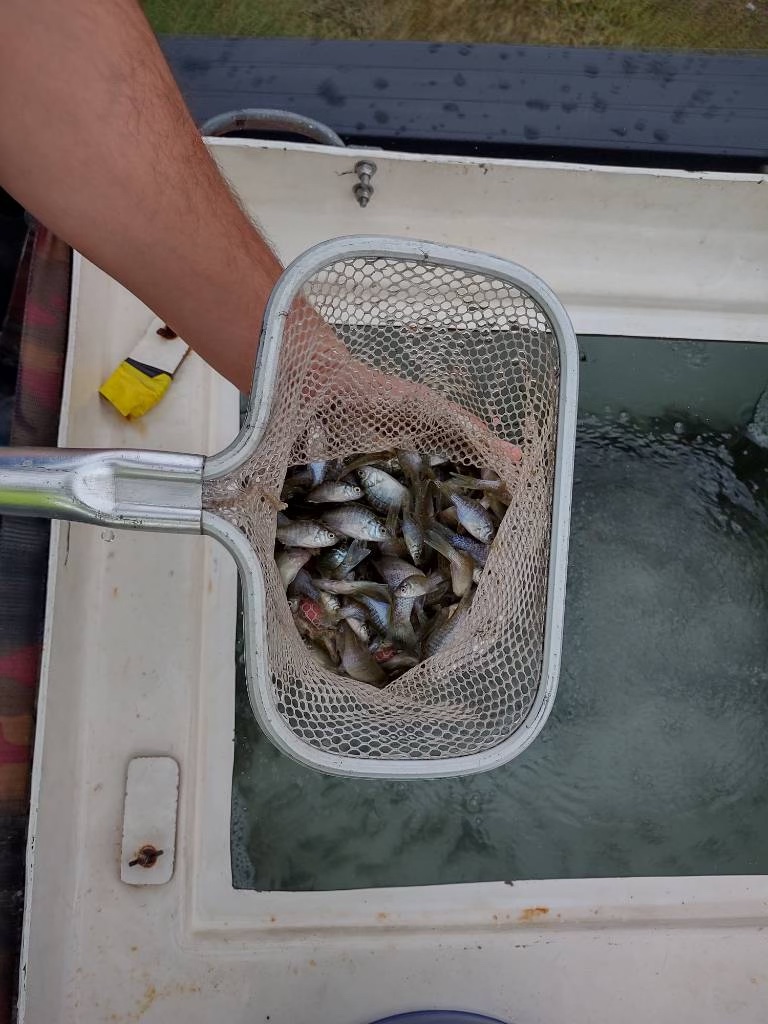 As a pond owner, or even just someone who enjoys surface waters, regular pond and lake stocking is extremely important and beneficial to the fishery that is present. In particular, sportfish stocking is a great way to enhance an ecosystem in any body of water for many reasons. The typical sport fish species to stock in ponds in Texas are Largemouth Bass, Channel Catfish, Bluegill, Redear Sunfish, Black Crappie, and even Fathead Minnows as a forage species.

The earlier in the season you stock, the better your fishery will be. We recommend the best time to do this would be early spring, usually in March and April. This allows for stocking when most fish species are spawning, and water temperatures are starting to warm up. By doing this, it will introduce a strong new-age class to existing populations as well as provide a new forage source to some of the larger species.

Largemouth Bass is an excellent sportfish to stock, as they are generally categorized in the predator category when it comes to the sportfish species. Bass are selective feeders, and their diet ranges from crawfish to small bluegill and sunfish variants. The main reason for stocking bass is to help construct the bass population by adding in some younger age classes. This will introduce some new genes and promote more growth for years to come. 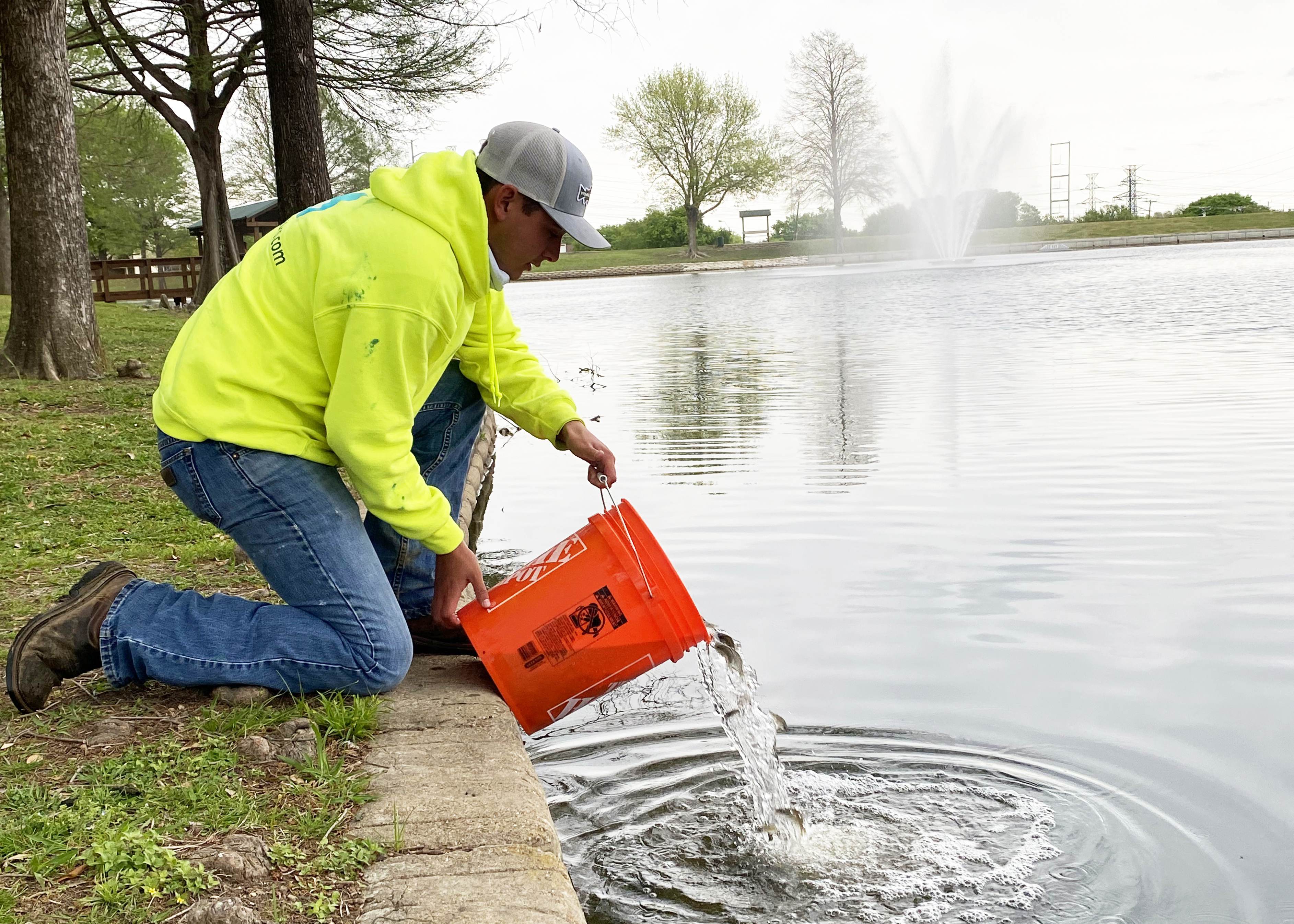 Channel Catfish serves as a great recreational fish to stock. Catfish are in the category of predatory species and can feed on more than bass typically like to. These fish are particularly easy to train on a fish feeder, as they never seem to get a full stomach.

Bluegill serves as a great natural controller of mosquitoes because they prefer to feed on mosquito larvae in addition to the larval stages of available fish species. Bluegill, like catfish, can be feeder trained easily but will not eat nearly as much as catfish. Bluegill are also prolific breeders during the spring through fall, and can usually breed every couple of days. Because of this, they can provide great forage to the predatory fish.

Redear Sunfish, like many sunfish species, act as a great shellfish controller. These fish are mostly bottom dwellers and feed on shellfish, mussels, and other crustaceans.  Like bluegill, they are also prolific breeders, making them an excellent forage source for the larger predators. 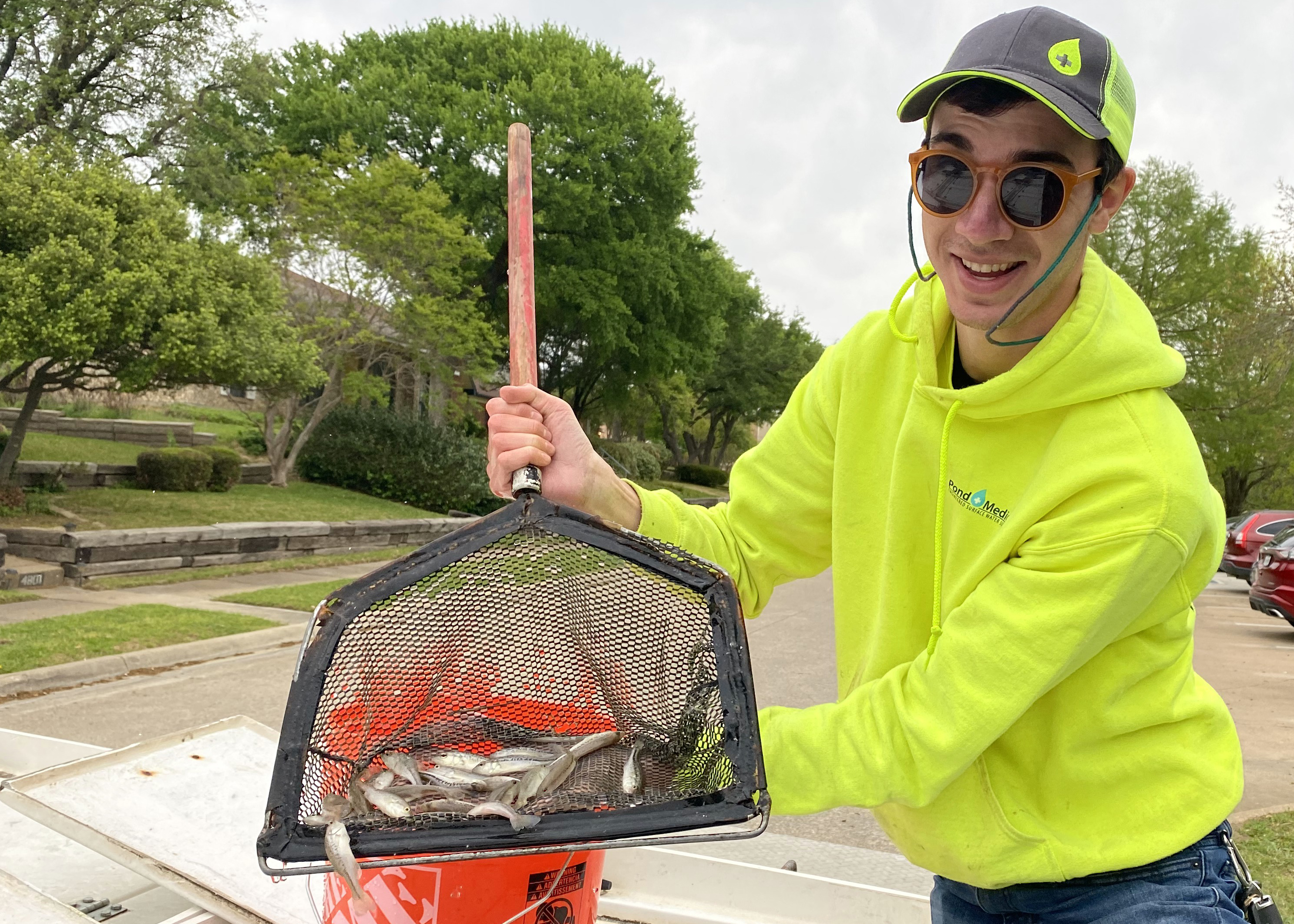 While Crappie species are desired by the average fisherman, they are more difficult to stock in small bodies of water for a couple of reasons. The first is that they breed a lot, making it easy for them to get out of control and over-populate a body of water. Secondly, they are avid predators and will eat almost anything they can get in their mouths. This makes it hard to build younger age classes among all fish species in the pond because these fish will aggressively feed on them. With that being said, there are still ways around this. Black Crappie are a slightly better species to stock because they do not breed as much as White Crappie do, and ha

Lastly, Fathead Minnows are often thrown into sport fish stocking plans solely for the purpose that they make great forage for smaller age classes to feed on and promote their growth to larger classes. Minnows are prolific breeders, and can usually breed every week during the spring through the fall, allowing them to replenish on their own. Fathead Minnows also serve as an ecological control for algae, as they feed on algae and have the potential to elicit a biological control.ve a smaller frame, meaning they cannot fit as much in their mouths.

Crappie is best stocked in small portions and it is a great idea to have other forage options for them like fish feeders.

It is suggested that these fish get stocked every spring in Texas, as to replenish the forage species and add to existing sport fish populations. The winter months do not get cold enough here to wipe out the ecosystem, however, it is not recommended to stock in the winter as this will stress the fish out, and come spring, they will be too large to be eaten. Happy Fishing!

Sonja recently earned her Master of Science in Lake Management and relocated to North Texas! Her passions include freshwater ecology and management, as well as science communication to a variety of audiences. She strives to continually create engaging, informational content to share her knowledge and the latest research findings in the limnology field. If you ever want to talk water, Sonja is available!

Your water quality testing results are only as good as[...]

It’s early summer in Texas and we’re getting calls about[...]

Have a water problem? Help is one click away